Stephen and the heart of everyman

Men need to be empowered. I always longed for something I felt was mine. Not a possession but a mission, a job, a task. As a young man I worked on construction sites. The lead carpenters were men I grew to respect. Not having a dad around my heart longed for male mentoring and leadership. I remember they would assign me tasks. Stack lumber, clear the trash, roll up the cords and hoses. Eventually they gave me more important jobs like walking the top plate on the second and third floor marking for the roof trusses and rafters.

As the Apostles went out on mission from Jesus God called them to gather and release other trusted men to help. One of those men was Stephen.

In Acts 6 the 12 Apostilles gathered the disciples together. With all the new folks coming to know Jesus they instructed the believers to select 7 men to oversee some of the ministry work. Stephen was one of the 7 selected. Every one laid hands on the seven, prayed for their work and then off they went.

The Jews and members of the synagogue argued with Stephen about all that he was preaching and doing. They really did not like what was happening. But Stephen new his ministry and they could not ignore what God had put on his heart and his love and knowledge for his work.

Acts 6:10 But they could not stand up against the wisdom the Spirit gave him as he spoke.

This is a great example of a KOZ leader. KOZ men are leaders, they are Spirit lead to a mission. It’s not an assignment. It’s not a chore or check the box duty for church. The KOZ men are called. It may be the first time they have ever felt called, absolutely drawn into to a mission for Jesus. When a man’s heart is convicted so deeply he talks about the calling, thinks about it all the time, talks to his friends and church, pastors and wife. He longs to do Jesus’s work in his heart, his calling.

Ahh and if he is released, coached, trained, blessed to do the work, steps into the fight, he changes. His heart comes alive. He is given something he has longed for deeply. It is core to the masculine heart. He is transformed for Jesus. He is better as a husband, dad, friend, employee, church member. Every area of his life begins to come alive.

If you have felt this way, warning, do not ignore it. Pursue what God told you. You heard Him for a reason. He is talking to you. Pastors, if this man comes to you he is looking for your support. Coach him into his role as the mighty man God created him to be.

I so longed to live a life of meaning as a man. I knew I was a good dad, husband. I was a worker bee at church. I did it all. But deep inside I had not been given the gift of who God wanted me to be until I sat with a little boy, on the side of a pond, and he cried about his dad leaving. He was broken and it broke me. When he asked for Jesus into his heart that same day I was convicted and knew it was going to be a new life ahead for both of us. The Spirit was present.

Men, you can do something of great significance if you only take that first step. I did a good job cleaning up the job site. They trusted me to mark the top plates for the rafters that would be the foundation of the roof. I set out chairs and taught Sunday school at church. I was a willing and trusted hand. Then it was KOZ. God and my pastor trusted me, believed in me, supported me.

We as men, as Christians, long for a life of meaning, ” A life of mighty consequence.”  Is KOZ that program? Is it something else? You must do something, what will it be?

Not read TJ’s new book Year 13?
How God took him from the streets, through a rough and dark time to today. It’s how God used every broken piece and joyful spark to create a life that could never be imagined. Get it today.

Start a KOZ group in your church: CLICK HERE 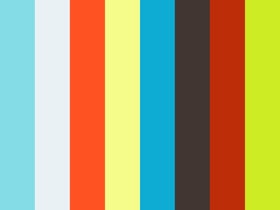